During the week of the 17th October I am doing a residency in Castelo Branco in Portugal, working with the gypsy community and aiming towards an exhibition which will reflect aspects of gypsy culture and relationships between sound, space and identity. The project was facilitated by Cultura Vibra through Carlos Semedo. It is a privilege to engage with people who are proud of their culture and are keen to share their knowledge and traditions, so often ignored and undervalued in Portugal and across the world.  This page documents some of the going ons, the process and the results…

Our working space is the old post office building which is used by the municipality as a gallery and workshop for the “bordados”, a unique tradition of embroidery from Castelo Branco. For the project we have a large white room and some small adjacent spaces. Light is generic and the acoustic is boomy but all can be worked on. The building is beautiful and is right in front of Castelo Branco’s cathedral.

We met with members of the local gypsy communities to introduce the project and talk about previous work in this area. We’re working with around 10 participants who have committed to spend the week collaborating on an exhibition which opens on Saturday.

Monday is market day, a key activity for the gypsy community so after the meeting we head to there and talked to some other members of the community. Issues of discrimination, ignorance, racism and lack of opportunities become clearly articulated.

Later on I bump into some of the participants who were having an afternoon snack and some drinks with their families (wives and children). They invite me to sit down and I do. We talked for a couple of hours and the real work seems to begin… We set out plans for the rest of the week and agree on the importance of the project.

We begin with interviews in the morning which take place in the old post office building, where the installation will eventually emerge. Participants reveal a number of insights into gypsy life, costumes, traditions but also racism and discrimination. Water emerges as a theme… Rivers were at the centre of camps during nomadic life, the sound of rain falling on the plastic sheets of the tents is described as comforting. The donkey is of extreme importance (‘almost family’), it provides heat in the winter. Marriage and associated rules emerge as a strong symbol of gypsy culture. The notion of gypsy law is also referred to. One of the participants revives the tradition of basket weaving which was done with ‘salgueiro’ by the rivers. I get some insights into the romano dialect which seems to be widespread in the community and represents a useful way of not being understood by others (‘the whites’). Jobs, or lack of them, comes up as a concern: ‘what is the point of sending children to school if they will be discriminated against and will not be able to get jobs?’ A want for ‘integration in society’ but wanting to maintain a gypsy way of life is strongly expressed. We talk about camps and I ask to go and visit one in the afternoon with four of the participants. The camp is not far from the city and has 6-8 families in extremely poor conditions waiting for permanent accommodation (for three years’ now). I record some comments, some environmental sounds and some of the families allow for photographs to be taken. The end of the day is time to reflect on everything, listen and look back. More tomorrow… 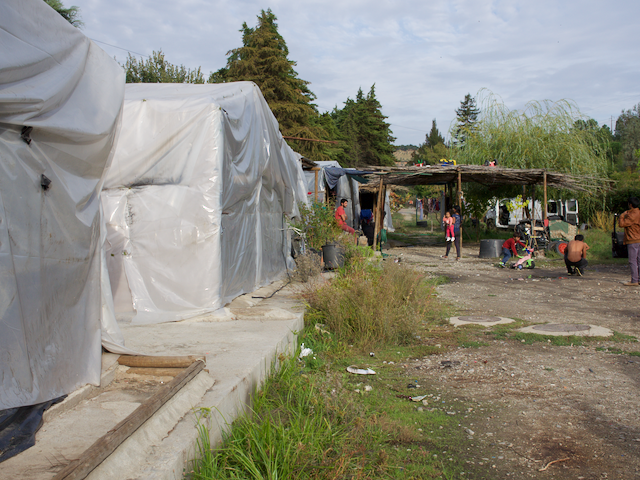 DAY 3 [20161019]
Ideas for the exhibition begin to emerge, amongst them the idea of building a tent (barraca) in the gallery using the same materials and techniques from the camps. This becomes a real focus of activity with everyone discussion how best to construct the tent and where to source the materials.

Seeing a pair of shoes hanging from a tree, everyone comments that gypsies were in this location, next to the river. Everyone laughs…

We arrange a music session in the gallery in which we talk about gypsy music, play and sing some songs. Binaural recordings of the session were made and this became the basis of another piece in  the installation – a headphone listening position facing the wall, the same location where the music session took place. On the wall we printed the phrase “O cigano quando está triste canta, quando está alegre canta, quando tem fome, canta…”.

Another physical element emerged in the installation and this is a basket. Manolo still makes baskets to keep the tradition alive as his family used to make these by the river and sell them in towns. A selection of baskets made by his father emerges and we pick one to use in the exhibition, suspended and with a light inside. A number of participants commented on the use of two names in the gypsy community (the registered name on the ID card and the gypsy name). This led to the idea of suspending small cards with both handwritten names of all participants, suspended from the basket.

Dinner was a real treat. We went to get grilled chicken and some wine. It didn’t take long for everyone to begin to sing and play. The younger generation  shows a real talent… learning some fairly advanced guitar positions from YouTube videos. The dinner is a great opportunity to get everyone recording each other and listening back. 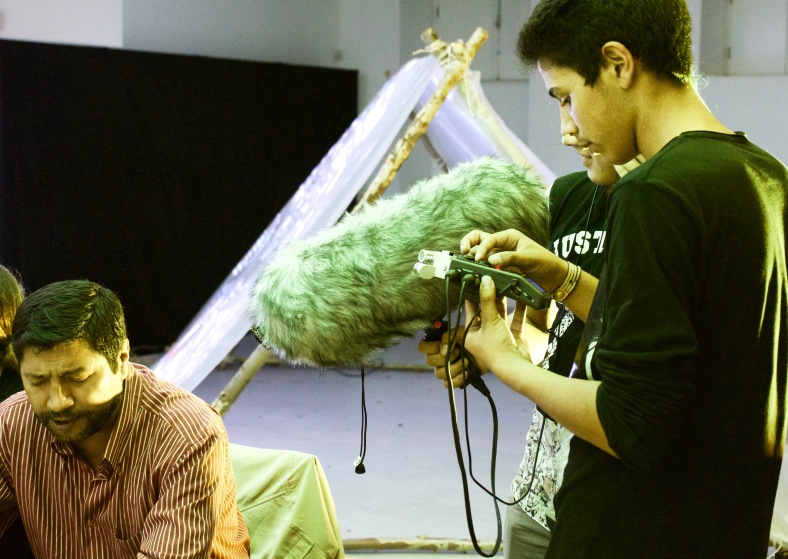 With the tent fully installed everyone begins to reminisce those times and saying they’d like to sleep there for old times’ sake! Final production day. I spend most of the day editing audio. Final touches are made to various aspects of the gallery. Decided to get a cajon to serve as a seat for the music piece. An ambient sound environment was created for the gallery to set the headphone listening points into context. Three headphones in the tent have three different pieces, mostly with excerpts from interviews and arranged according to themes. 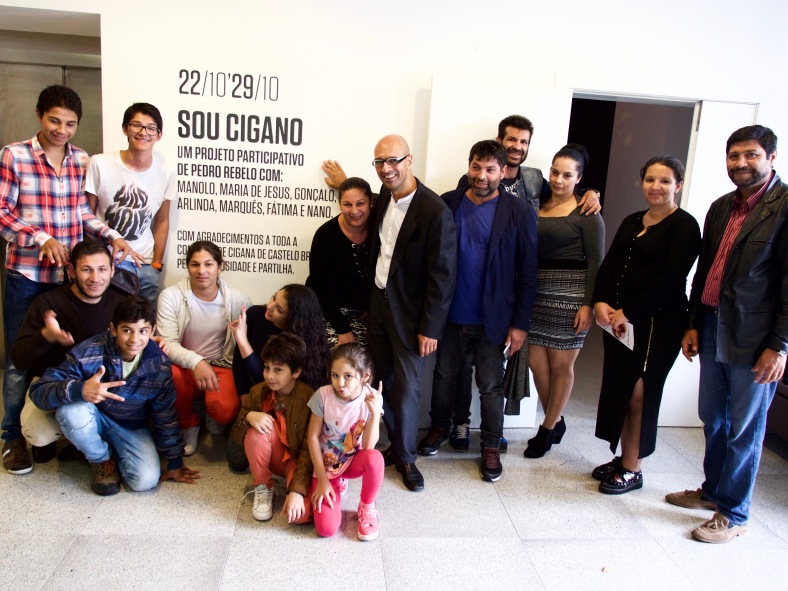 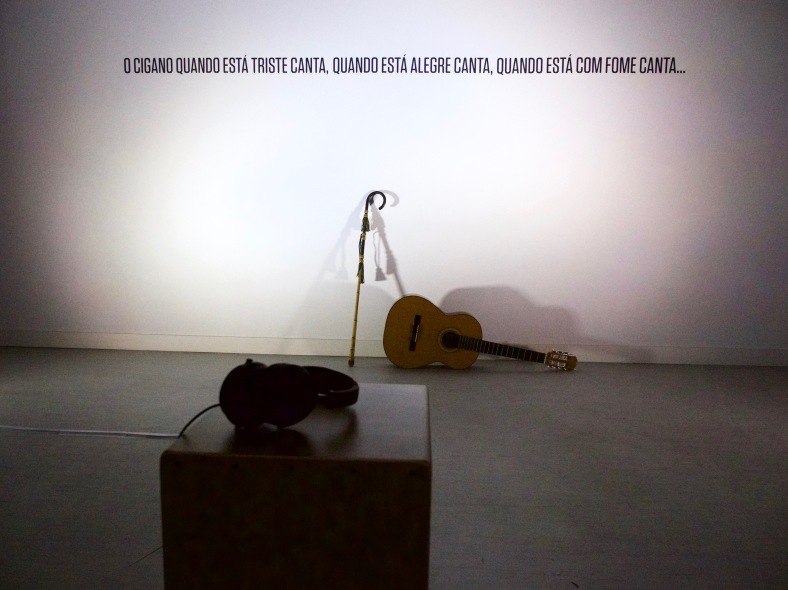